Do-It-Yourself Long-Term Care Can Have High Hidden Costs, According to Sharon Krieger of ACSIA Partners LLC 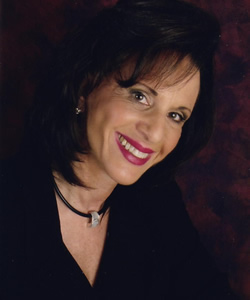 Baltimore, MD April 25, 2016 – Rate increases by some long-term care insurance carriers should not scare people off, according to Sharon Krieger. “Even if a particular policy’s premium seems high,” Krieger says, “it may be a bargain compared to the alternative, family caregiving.”

Krieger is a state-certified agent with ACSIA Partners LLC, one of the nation’s largest long-term care insurance agencies.

“Family caregiving has three hidden costs, which can be significant,” says Krieger.

1. Lost Income. According to the Long Term Care Financing Collaborative, women in their 50s who leave their jobs to care for aging parents lose $300,000 in lifetime income, on average.

Losses can vary. For example, at age 57 Amy left an $85,000-a-year job to care for her father at home for three years. That's $255,000 in lost salary plus thousands more in lost Social Security benefits. In addition, during those three "idle" years, Amy may have become less employable, losing out on tens to hundreds of thousands more.

2. Increased Health Risks. Family caregivers often expose themselves to injury and illness from the physical stresses of handling a loved one, and from the psychological stresses of tending them endlessly. A recent study by the Alzheimer’s Association found that family caregivers are 28 percent more likely to go hungry or eat less. Twenty percent said they sacrificed their own medical care by cutting down on doctor’s visits.

In a study by the Center on Aging, 10 percent of caregivers said their own health declined due to their efforts. This translated into higher healthcare costs for them, and was especially acute for those who lost their health insurance when they left their jobs.

3. Lost Retirement Assets and Less Investment in the Family. In the Alzheimer’s Association study, 13 percent of caregivers said they tapped their savings or retirement assets to help provide care, and many sold personal items such as a car. Eleven percent said they cut back on their children’s education.

In a study by the National Alliance for Caregiving and Evercare, 47% of working caregivers reported using up all or most of their savings while giving care.

“This may not seem out of line compared to do-it-yourself care,” says Krieger, “especially if professional care is also needed as the loved one deteriorates.” The annual median cost of a semi-private room in a nursing home is $80,300, according to Genworth Financial, Inc.

According to the U.S. Department of Health and Human Services, nearly 70% of those 65 or older will need long-term care at some point; and the federal government recommends long-term care insurance for those who can afford it.

Krieger agrees. “LTC insurance can provide valuable protection, but it’s not for everyone,” Krieger says. “Wealthy individuals can self-insure. And those without means may qualify for long-term care from Medicaid.” (Medicare does not cover most long-term care services, contrary to common belief.)

“Those who could benefit from LTC insurance owe it to themselves to look into the costs and benefits,” Krieger advises. “It only takes a minute to request a quote and see where you stand.”

Today I made a courtesy phone call to Sharon and advised her that I’d be continuing work with other financial professionals. Specifically I told Sharon that in response to my rising LTC premiums,… Read More